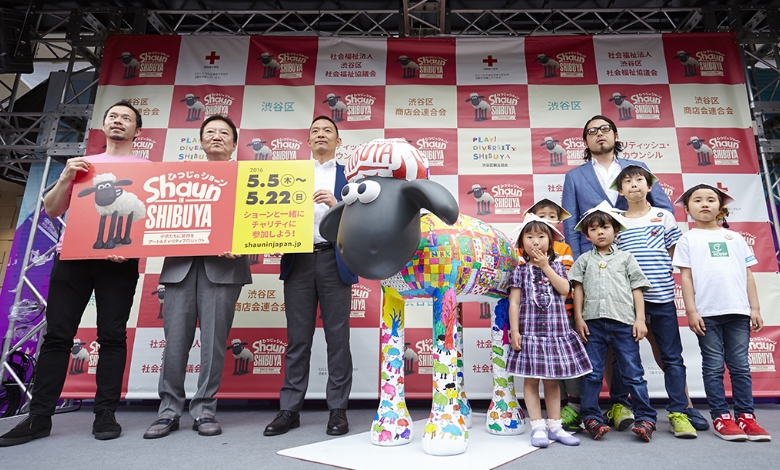 Taku Yoshimizu was one of 30 famous creators from various sectors selected for an event named “Shaun in Shibuya” in which artists collaborated with charitable bodies and created bespoke “Shaun the Sheep” sculptures for auction. Yoshimizu appeared in the opening reception as well, where he performed live painting with children.

“‘Shaun in Shibuya’ was a charity event in which 30 creators designed original giant sculptures of ‘Shaun the Sheep’, the famous clay sheep, and raised funds at auction. I was honored to be assigned as one of the creators along with Hideaki Anno, Moyoko Anno and Zebbra. I named my Shaun ‘Prairie Shaun’ which was designed with the concept of creating a Shaun who became happy and mature after overcoming a series of difficulties: a loving sheep despite his aggressive look. He is listening to music and saying ‘Hello!’ In the opening reception, I held a live painting event for children where we created ‘Shibuya Shaun’ together. Art tends to be regarded as difficult, but I hope this kind of event can offer people, especially families with children, an opportunity to experience and enjoy art.”