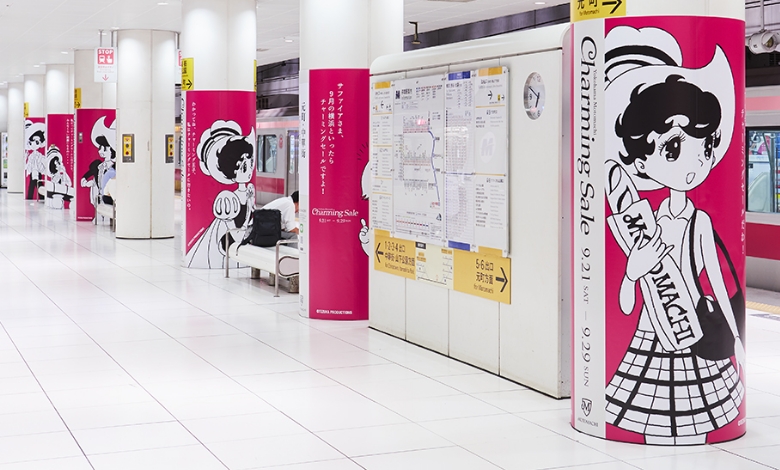 SwimmyDesignLab worked on the branding and promotion of the “Yokohama Motomachi Charming Sale” event held at Motomachi Shopping Street, a famous commercial area in Yokohama. We selected Princess Knight, a very popular manga character created by Osamu Tezuka, as the mascot of the event in order to attract men and women of all ages.

“’Motomachi Shopping Street’ is a shopping area which has long been around and familiar to Yokohama people. As it has a long history, their main target customers tend to be middle-aged and up, but they also need to attract more young people. Given the situation, we chose Princess Knight as the mascot for the branding of the event. She is a manga character created by legendary author Osamu Tezuka, and she is well known and popular among people of all ages. She also has class and so is suitable as the mascot for the long-established shopping street. Sapphire, the Princess Knight, is characterized as a woman who dresses as a man. Therefore, she is well-suited to represent the shops for both men’s and women’s fashion. Coincidentally, the name of the prince she cares for is Prince Charming, which has given inspiration for copywriting. The pictures of Sapphire wearing Hamatora (derived from ‘Yokohama Traditional’) clothes were specially drawn by Tezuka Productions. SwimmyDesignLab managed all of the media planning, including the negotiations with Tezuka Productions, and rolled out the promotion through various media including the official website, social media, TV and radio commercials as well as posters at the stations and on the streets.”